Keep the skin healthy with D-MAE

D-MAE is a good solution to reduce sagging, thanks to this firmer muscles are achieved.
It is the precursor of the neurotransmitter acetylcholine; and simulates the reaction of acetylcholine structure muscle fibers.

D-MAE ends with sagging under the eyes and neck. It works as a natural lift for the face, which protects the skin from free radicals and moisturizes it.

The cosmetic use of DMAE is recent, a cake that has a potential rejuvenating tonic mainly in the region of the neck and eyelids.
The American dermatologist Rachel Grossman, director of Johnson and Johnson, tested the effectiveness of DMAE in 165 women between 35 and 60 years; half of the group used the cream and the other a placebo. After 12 weeks the group that had spent the tone DMAE presented a more accentuated tone in regions of the eyes and neck where the action is cumulative cream; the more is applied, more intense and lasting effect will achieve the skin.

The action of DMAE results in a synergistic combination of effects at different levels: cell voltage in nonmuscle dermal cells, cohesion and displacement of keratinocytes, hydration and elasticity of the stratum corneum, better nutrition and skin defense, antioxidation and uniform skin . It acts quickly and has a prolonging effect.

The D-MAE has a great effect once it is applied by Virtual Mesotherapy.
It is a way to get a firmer skin and less droopy and flaccid skin in the safest way. 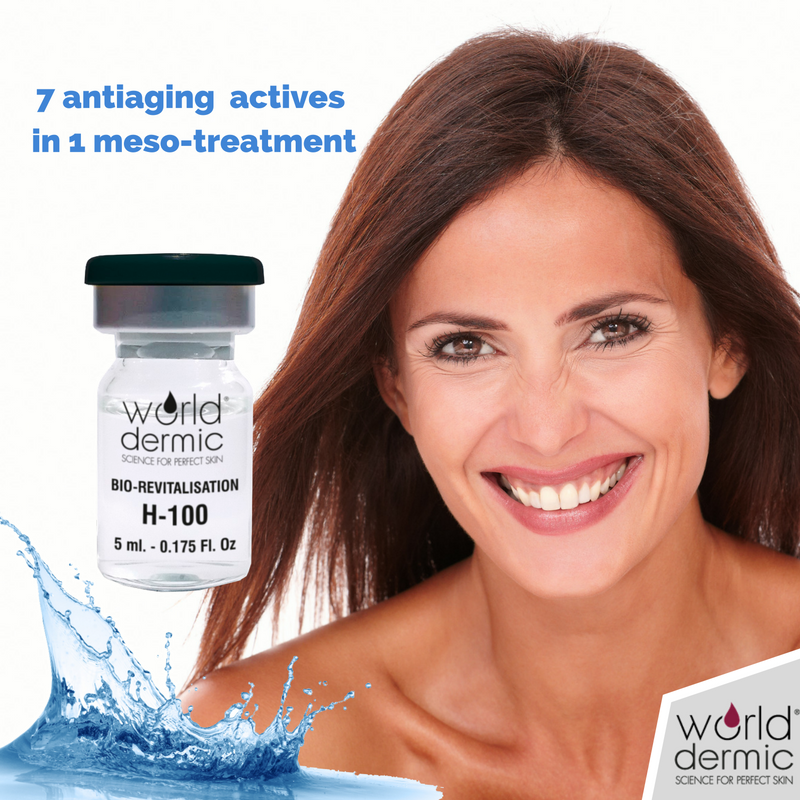